So in my last post, I told you all about the fabulous thrifty fabric I picked up for tops and trousers, and also about my plans to start perfecting a muslin of trousers. Then mentioned that I'd probably wind up making a jacket instead.

Honestly, I tried to make myself start my first trouser muslin, but the suddenly cooler weather inspired me to work on a jacket that's been teasing me of late, and the poor (terrifying) trousers lost the battle. But it's fine because I really need a new fall jacket! 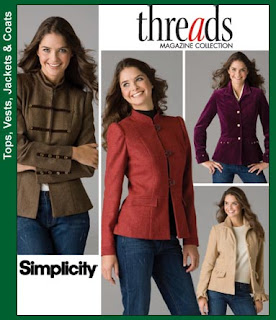 I'm working on Simplicity 3628 from the Threads Magazine collection. I decided on version B with the cuffs. However, I'm not making the horrid fake pocket flaps, because fake pocket flaps, and also because I technically didn't have enough fabric; something had to give and it wasn't going to be the sleeves.

Although now I'm considering making welt pockets. Heidi Ho's review over at PR influenced me, as she had welt pockets on her gorgeous jacket. Now I just need to practice making them. 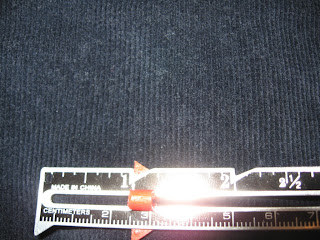 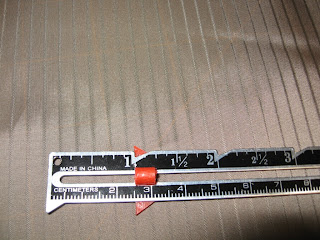 I'm making it out of a 1.85 m length of navy blue fine wale corduroy, found at Value Village a couple months ago for ~$4. Sadly, it was a bit too short, but a creative layout meant I got nearly everything cut out, and there was no loss in the silly fake pocket flaps. The lining is this taupe-brown striped...thing that I found at Fabricland in the clearance area for ~$3/m. Was originally priced over $20/m, so I'm guessing it's a pretty decent material. It's soft and silky, so I'm also guessing it'll be a pain in the you know what to sew. 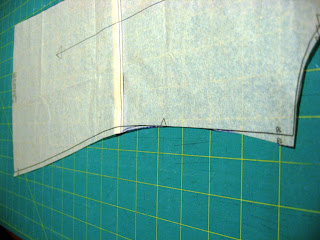 Theoretically I cut a size 16, but then graded to a size 18 below the waist, and cut size 18 sleeves. Then I had to add some width to the armhole to account for the added width on the sleeves, but since I cut the shoulder seams at size 16, I reduced the top of the sleeves to size 16. I probably could've just eased it into the armhole, but the corduroy is pretty stiff, so I figured I'd try reducing the bulk. Honestly, I should just say that I cut a size 18, because there's not much left of it at size 16. 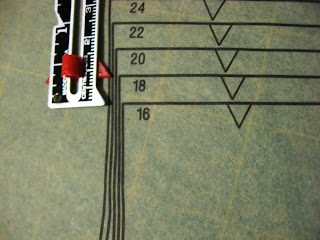 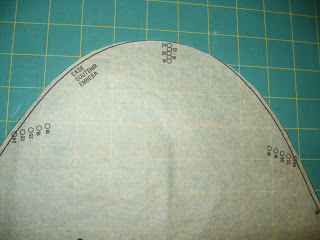 Here's the body pieces, with my adjustments. I'm not sure if it was needed or not, but I chose to do the 1 inch Misses Petite adjustments that Simplicity included on the pattern pieces. Hope that doesn't bite me in the butt in the end. 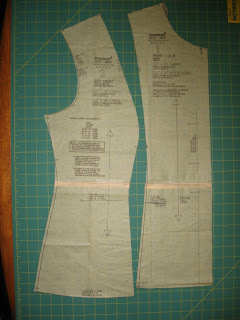 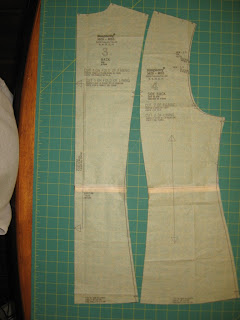 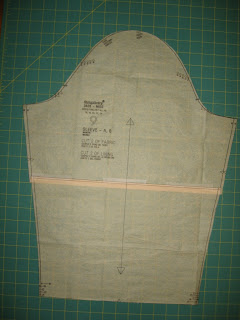 Everything is now cut out and ready to be sewn up. But I've been uh...sipping on one too many amarettos, so I think I should leave the sewing for tomorrow. Things are getting pleasantly fuzzy, and I already forgot to reduce the length of the lining pieces by 1 inch already, so it's probably time for bed before I make a mistake I can't easily fix. ^__^

Good night, all you lovely sewists!