So much creating lately, but not much sewing.  Well, other than the Tiramisu I finally finished up for a wedding a couple weeks ago, but there's some tweaks needed so it'll be a post for another day!

Yesterday, I did a bit of retail therapy in the form of treasure hunting at the local thrift store.  I went specifically looking for something to act as a yarn bowl (something to keep balls of yarn from rolling all over my unvacuumed floor), but the only thing that I liked was a super thin-glass round vase, and that's just asking for a cut foot. 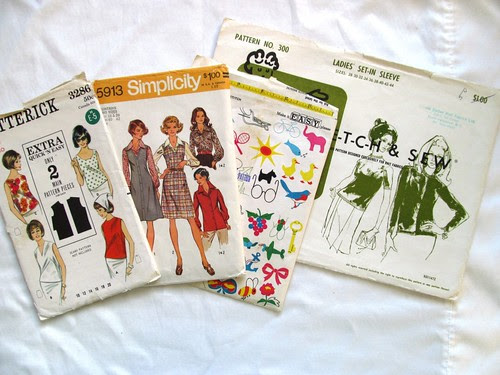 I did, however, luck out a bit in the 5 (yes FIVE!) drawers of sewing patterns!  They're mostly filled with 80's and 90's patterns, and since our only fabric shop has only sold Kwik Sew and Burda patterns for decades, there's some real...interesting patterns from that era in those drawers.  Spandex men, women, and kids' athletic gear anyone? 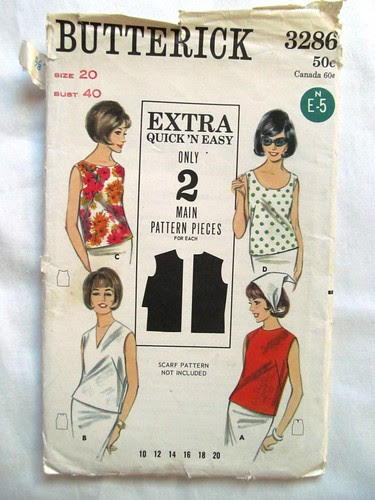 There are some gems every now and then though, and more often then not they're of the vintage rather than modern variety.  Like this cute sleeveless blouse.  Butterick 3286 is basic, but with some great neckline variations.  And, surprise surprise, in my size too!  I'm desperate for more bottom layers... 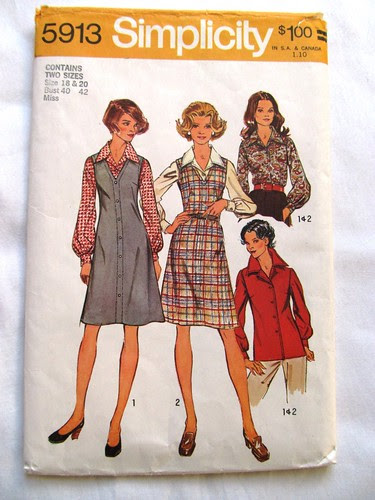 And look at this cute 1973 jumper and blouse pattern!  Simplicity 5913.  Why do I love the 70's Simplicity patterns so much?  They're colourful cover art from that era always catches my attention.  I normally avoid shift-like dresses (my wip Laurel excluded, of course), but then I noticed the dart shaping: 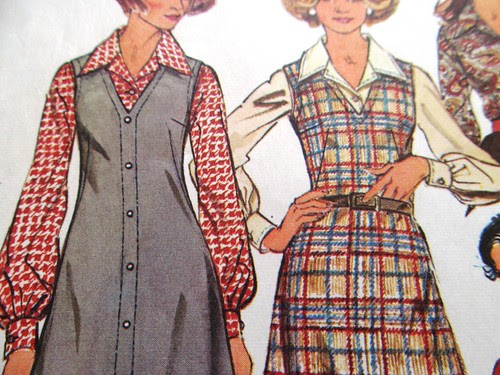 AND it immediately went into my pile.  Not sure if it's me, as I've barely worn a skirt or dress all summer, but I certainly wasn't leaving it behind!  Thank you, whoever you are, for donating all of your pretty vintage patterns in my size. 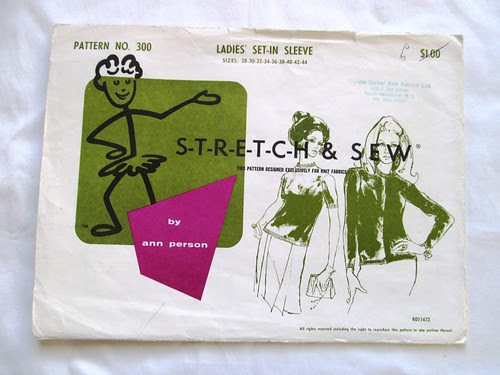 Then I found this gem.  I've heard of Stretch & Sew from other bloggers, but I'd never come across them before (that I'd realized, anyways).  I did some reading up on Ann Person, and she sounds like a remarkable woman.  Apparently she received a box of knit remnants from someone after teaching a class in the 60s, and when she went to sew it up into kids clothes she realized that knits were a lot different than wovens.  She started to experiment and came up with her stretch & sew methodology, which she then started teaching to others and creating patterns.  Patterns that are based on real body measurements, apparently.  And then an apparently hugely popular pattern company was born! 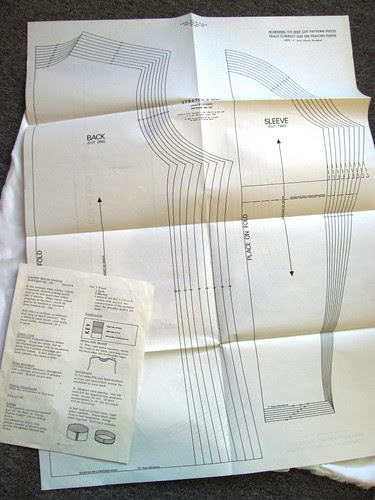 I was surprised to see that the pattern was printed double-sided on a heavy sheet for tracing and includes sizes from 28-44.  Remarkable for a 1967 pattern!  She apparently did this to make it easier for people to get the right fit by grading to other pattern sizes. 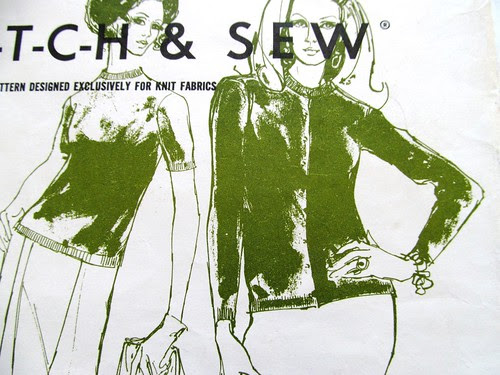 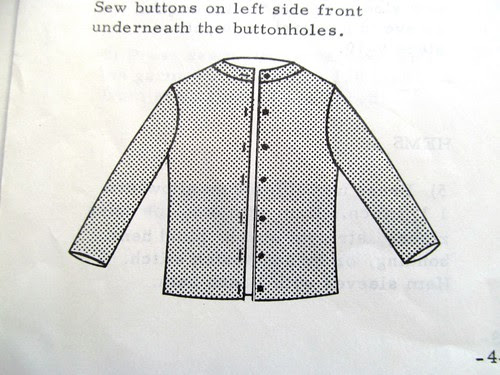 The pattern itself is Stretch & Sew 300, and I immediately fell in love with the cardigan on the front.  Looking at the line drawing, it appears to have less shaping than I'd like, but that's not a hard alteration, especially in a knit.  On a more annoying side, this pattern cost me $1, compared to 25 cents all the rest cost, just because it's in a larger envelope.  But then I realized I was getting pissy about paying a dollar for a vintage pattern and shut up.  Perspective: I sometimes lose it. 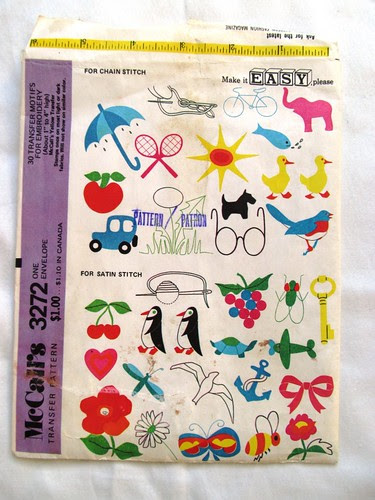 Oddly, my favourite find out of the bunch was this 1972 McCall's 3272 transfer pattern for embroidery.  Look at all those cheery images!  The marching pengins!  The scottie dog!  THE BEE!  I need to start embroidering happy things all over everything.
Posted by Heather at 1:52 PM No comments: