These colourful dishcloths arrived from my Grandma as my Christmas gift this year.  It's a great gift all on it's own, as I've been wanting to make dishcloths since we have, literally, only 2 of them, but haven't quite gotten around to it.  But it's an even better gift when you hear the background behind them.


Sitting on top of these cloths was this envelope.  See, back when I was packing up my apartment to move up to the Yukon, I came across a bag of partial balls of cotton yarn, left overs from when I made this pillow: 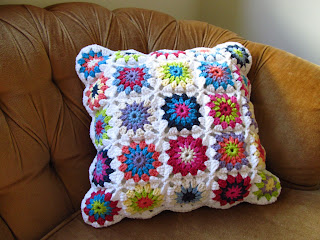 Since I was downsizing, I offered the bag to my Grandma, who makes more dishcloths in a month than most people do in their lifetimes.  I guess she just came across the bag again recently and got an idea of what to do with it.

Of course, my Grandma is a little cheeky, so inside the envelope was this:

So hmm, what can I make with these itty bitty bits to send back to her?  Suggestions?
Posted by Heather at 5:59 PM 7 comments:

Email ThisBlogThis!Share to TwitterShare to FacebookShare to Pinterest
Labels: gifts

I have a hidious cold that Dr. Google has me convinced is either my imminent doom or possible bronchitis.  Regardless, I've been cooped up in the house, sunk miserably in the couch coughing my lungs out.  Or so it feels.  I'm going to apologize right off the bat, because this post is going to meander like the Red River.  Actually, I'm not really sorry.  It will involve a lot of knit talk, because that's all I've been doing lately.  Although I do have one sewing project down at the bottom!

My boyfriend has abandoned me for a hockey tourniment out of town.  Well, to be fair, I was supposed to go, but THIS COUGH.  I've spent the majority of today doing a Project Runway Season 5 marathon on youtube and knitting away at my Reverb cardigan I started back in November.

I know a lot of you aren't big knitting fans, but you have to admit, you can make some gorgeous garments doing it!


No, I didn't get very far in NaKniSweMo.  Well, I got as far as the armhole divide, and then everything stalled out for Christmas knitting.  Which I should still be working on because I'm not actually done, but screw it.  I'm sick and I can knit what I want to!

I'm pleased with what I got done for Christmas though.  Aside from the out-of-no-where owl hat for a coworker's daughter, I also finished off two toques for the couple who hosted us for Christmas eve/morning. (They also got most of the salted caramels too.)  I thought it was very kind of them to open their home for two people with no local family, and wanted to do something extra for them.  I made The Natural Hat (which I made last year as well for a friend) and the Lace Vine Hat.  The latter is a new pattern and the first one the creator has released.  It's a pretty well-written and a beautiful pattern - my right-before-wrapping-them-up pictures don't do the hat justice.

Let's not talk about what I didn't get done.  Like the fornicating beaver's hat I promised to design for my boyfriend, nor the other NSFW knit he asked for.  And the fornicating deer hat a good friend requested that's been nearly done for months now but I'm too lazy to pull back 4 rows to start the top decreases sooner.  (I have interesting friends.)  And then there's the hat my brother asked me for about 2 weeks before Christmas when I had all the above (including the two pictured) to complete.  Brat.

The Boyfriend and I went out and cut down our own Christmas Tree from the middle of the bush.  It was my first time doing that and was so much fun!!  Poor thing looks a little scraggly, but honestly it was one of the fullest ones out there.  I might've added too many lights to the poor thing - looks sort of like the centre of a galaxy, but at least he's a bright little tree!  I made some of the ornaments for it too.  Mostly brass bells with ribbons tied on, but I also made this little guy:

I love it!  Entirely hand sewn using felt, some lace I had on-hand and a bit of woven fabric for the noel part, some embroidery thread, some ribbon and beads, and a button.  I can't take credit for it though, I totally copied was inspired by this brilliantly talented person.

I also made a bunch of crocheted snowflakes, but I didn't get them starched in time, and frankly, I forgot about them until just now.  Whoops.  Oh well, next year.

AND I should probably stop babbling.  I will say, though, that I'm stoked to get back into my sewing room (as soon as I dig it out of the Christmas Cleaning Explosion that happened in there AKA where everything that I didn't know what to do with got tossed).  I'm forcing myself to cull my wardrobe drastically, and that's made me think about the gaping holes in my closet.

Not the least of all is pants.  Might be time to dig these suckers out again.

Hope you all are healthier than me and knitting/crocheting/sewing up a storm this holiday season!  Or at least are enjoying your alcohol and merriment with friends and family.  Lucky buggers.  I'll just be here on my couch, coughing and pouting.
Posted by Heather at 11:53 PM 11 comments:


Happy Christmas everyone!  I hope your days are full of good friends, loved ones, and seriously dangerous (and tasty) treats!
Posted by Heather at 12:27 AM 5 comments: 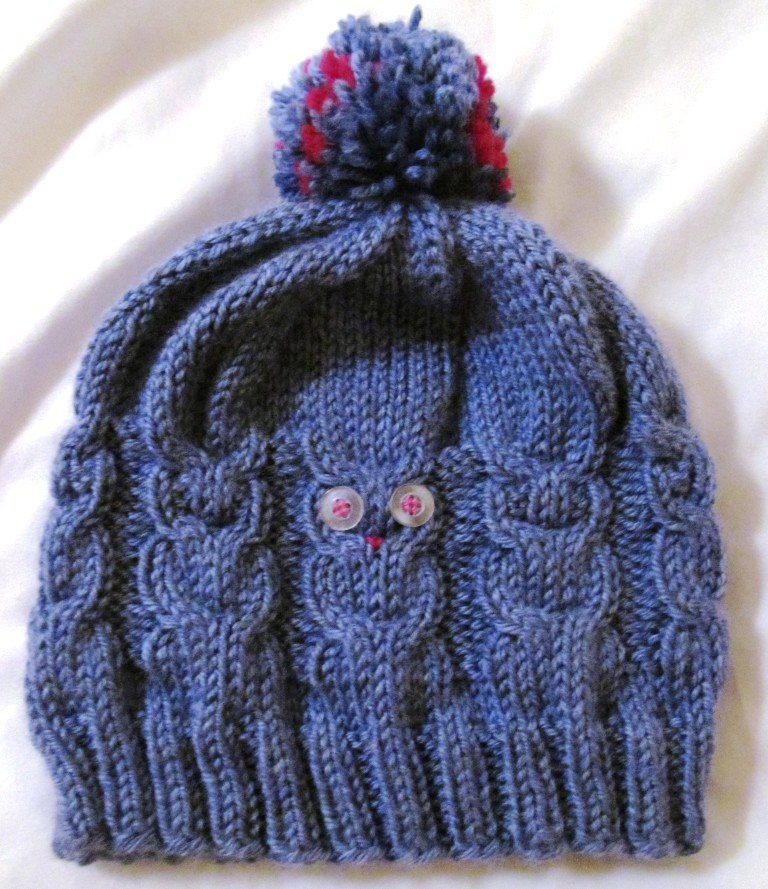 I may have been utterly absent lately, but that doesn't mean I haven't been creating!  Boy, have I been creating.  There may be more posts in the near future.  Especially since the mining industry has gone down the toilet and I'm going to find myself with a lot more free time in the near future!  YAY MORE CRAFTING TIME!!!

This year, we're spending Christmas at the Boyfriend's Best Friend's Parents place, which will be fun and is so kind of them to invite non-family to their family event.  And I thought it would be nice to make them all toques, because they're all outdoorsy people and winter outdoorsy people, and you can never have enough toques.

So while I should've been working on all of these toques, I instead made my coworker's daughter (who I've never met) a toque instead.  Because I am the Queen of Procrastination.  lol  I tried to say no, but the project burrowed it's way into my brain and shoved all other projects out. 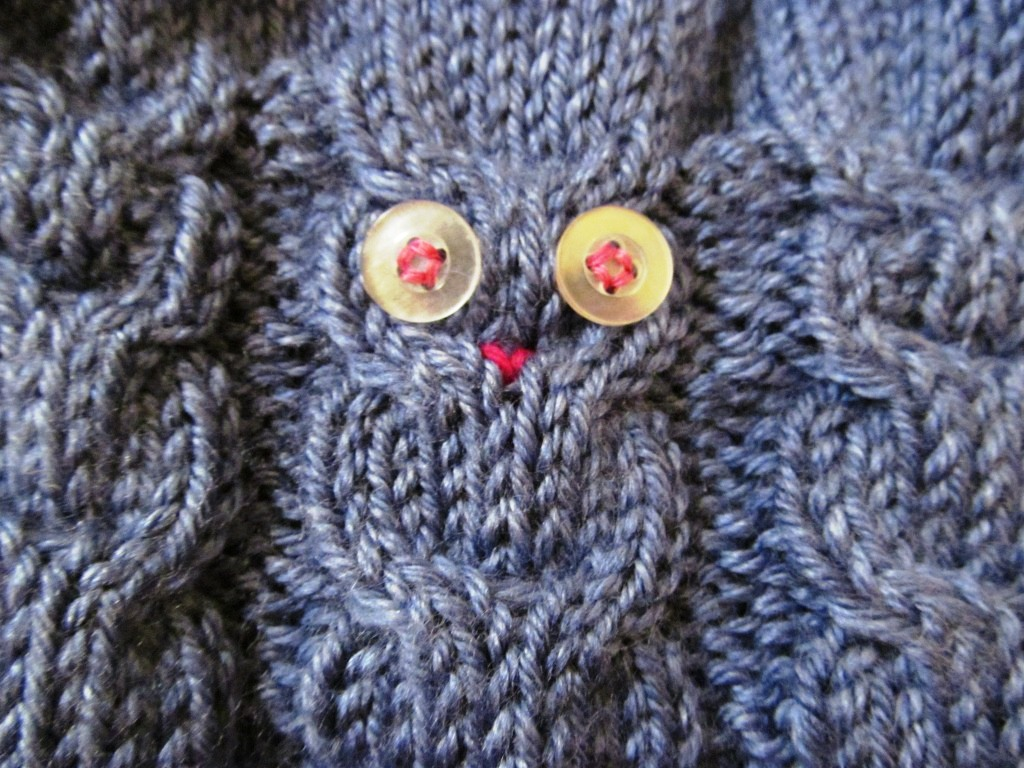 Sneaky little owls.  You might recognize this toque.  I made the same pattern last summer and then gave it away to Suzy Bee Sews.  I love the pattern and I was glad for a chance to make the child-size version.

I was originally going to make it out of the bright pink yarn you can see hints of in the toque, but it's a bit of a scratchy wool, and it's for a kid...plus wool needs special handling...nope, wasn't going to work.  So instead I used some admittedly soft acrylic I happened to have in camp with me, and I'm so glad that I did.  Easy care, super soft, and will take a beating.  And then added some pink touches, since the girl really loves pink! 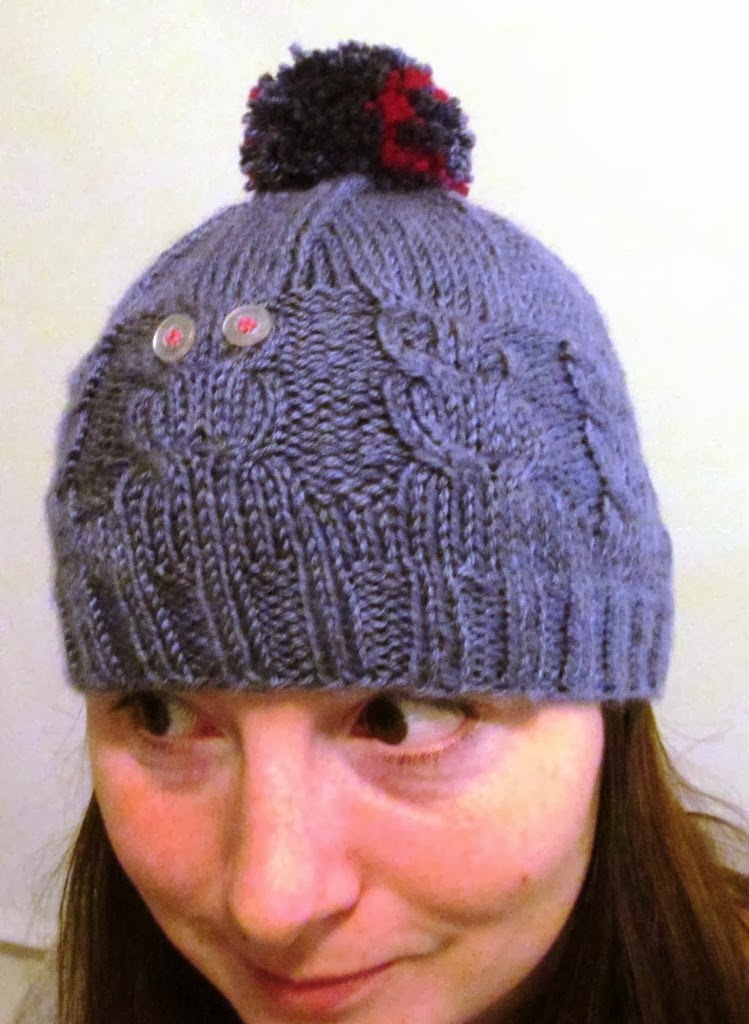 As you can see, it's a bit small for an adult's head, but it'll be perfect for the little 8-year-old recipient.  The coworker is knit-worthy, considering all of the stuff he's done for me, last minute mind, without complaining.  My job would've been a lot harder without his help!

Someday, I'm going to make myself one of these...

The very best part of this toque is this:

Obviously ALL THE TOQUES will need pompoms now, because I've forgotten just how much fun they are to make!