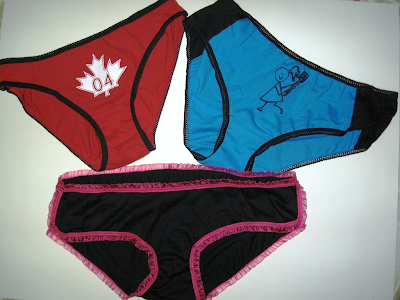 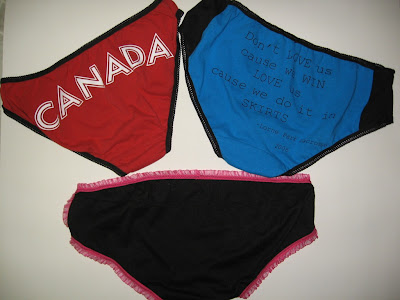 I started off sewing clothes last year by taking old clothes and reconstructing it into something new. While I love taking a piece of fabric from the bolt and transforming it into something, there's a certain pride and charm that comes from making something unwanted into a useful article of clothing. 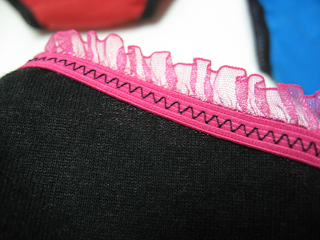 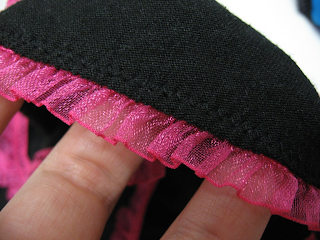 All three of these panties were made from old t-shirts, the black one from a top I had kicking around and the other two from the thrift store down the street. I started cutting out the red Canada panties a few months ago, but only recently put them together. In fact, I cut them out during the Winter Olympics, which was appropriate since it was an old Team Canada Olympic shirt from 2004! 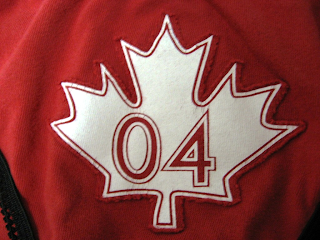 This is such a simple project with such delightful return. I mean, yeah, you can't go showing it off to everyone like you would a new top or dress (unless you're like me and share it with the entire internet through your blog!), but it's a secret pleasure to know that you are wearing underwear you sewed yourself. When I told a friend about it, she couldn't believe that I could make my own underwear. But it's so easy! And since they're made from old t-shirts, you can find all sorts of fun designs to put on them, like the "Canada" across the bum of the red pair and the lacrosse player on the blue. 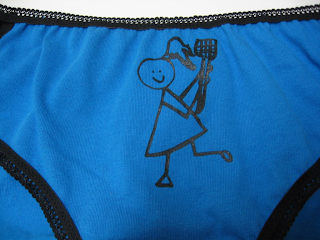 All I did was take apart an old pair of panties that I loved the shape of, traced half of each piece onto paper, and cut it out. Then it was simply a matter of laying out these pieces on the fold of a t-shirt, cut it out, and reconstruct the panty.

I considered doing a tutorial, but there's so many out there (this last one is the best, I think), including one by Zoe over at So Zo..., who first inspired me to try these out. In fact, she just made another post showing off a few more pairs and hinting that she might be willing to make a panty pattern to upload over at Burda Style. 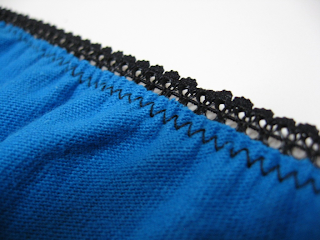 This is such a fun project, I totally encourage others to try it out. It's easy and quick - the blue pair took me just over an hour to make, from cutting out to clipping the final threads, and it only took that long because I got fancy with two colours of fabric. 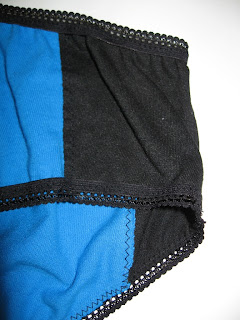 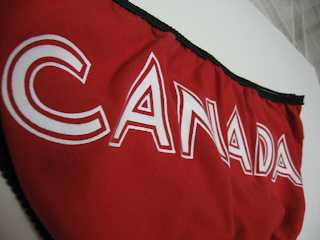 Happy sewing, all!
Posted by Heather at 9:44 PM